The January Effect is a theory first coined by investment banker Sidney B. Wachtel way back in 1942. He took a closer look at stock price fluctuations starting from 1925 and figured out that stock prices tend to go up in January more so than in other months of the year. He also noted that small-cap companies tended to outperform large-cap companies in the same month because of their lower liquidity.

What’s the logic behind the January Effect?

There are several reasons why stocks not only go up in January, but go up more so than in other months of the year. The first reason is the tax-loss harvesting strategy, which means investors sell off losing positions before the year’s end to offset their realized capital gains. These same investors then buy back the stocks in January, which then have the potential to increase in price if there’s enough volume to go around.

The price dip at the end of December due to tax-loss harvesting is also seen as a buying opportunity by other investors, which can further fuel stock prices.

Also read: How to short stocks?

The second reason for the January Effect is contributed to Christmas bonuses. A lot of people decide to invest that money instead of spending it, which means that the stock market can get flooded with new money every January.

The third reason for the January Effect is psychological. The beginning of the year represents a fresh start for many of us. It’s a time when people start going to the gym, decide to eat healthier, and even start investing for the first time. New investors enter the market every January, which can increase stock prices.

Is the January Effect real or not?

Well, if everyone believes in it and starts buying stocks in January, it becomes a self-fulfilling prophecy. However, not all investors are on the same page. The January Effect hasn’t been completely proven. The logic behind it makes sense, and we’ve seen plenty of years in which stocks rose quite a bit in January, but that does not happen every year.

Read next: Can you lose more money than you invest?

If you look at the price of the S&P 500 index over the last 30 years, you can see that its price increased 17 times in January and dropped 13 times. This year, for example, the January Effect was nowhere to be seen, with the S&P 500 dropping by more than 5%.

So while the January Effect does technically happen in more cases than not, it’s not a complete science. This means it’s risky to buy stocks at the beginning of a year with hopes of making a quick buck. Be careful! 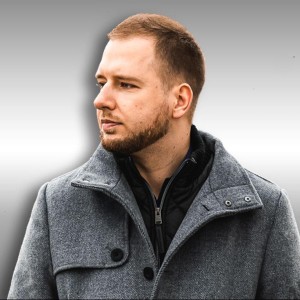 Mitja has more than a decade of experience working as a journalist and has written for various publications in North America and Europe. In addition to all things finance, he loves sports and is a self-proclaimed pizza expert.

The best ETF books to spend your money on

Post-IPO: Do companies even care about their stock prices?

Pop quiz: How much do you really know about the stock market?

What is an emergency fund and why you need one?

The best ETF books to spend your money on

Post-IPO: Do companies even care about their stock prices?

Pop quiz: How much do you really know about the stock market?

What is an emergency fund and why you need one?